Having a lighter has its benefits, but having a plasma lighter offers the same benefits with more comfort and great performance. Even if you don’t smoke, you may still want to consider owning these great item for outdoor experiences like camping, hiking or sleeping outdoors. Don’t surprise if this small thing will save your life ifemergencies happen. A plasma lighter is an electric arc lighter, and if you are not sure what this implies, it means you can recharge the lighter.

What makes plasma lighters so special?

There are lots of reasons why a plasma lighter is more preferable. Below are some of its great attributes:

How do plasma lighters work?

The operation of the plasma lighter uses different configurations of electrodes. The single arc has two electrodes while the double arc has four electrodes.

The plasma lighter sends electric currents through these electrodes from the battery. By using the current to ionize the air between them, the electrodes can form a plasma or electric arc.

This plasma can then be used to light cigarettes, cigars, candles, and other things. The plasma may appear like a mini lightning, and you should avoid touching it since it is still a form of heat and burns in the same way as a standard lighter.

What happens when you touch the heated area accidentally?

Although the plasma area is usually small, it may be hotter when compared with regular lighters. This means that it will still hurt you if touched the heated area but its unique design helps prevent any accidental touch.

Can you use plasma lighter when it’s raining?

If you are caught in the rain and have to use your lighter, a plasma lighter can still come in handy as it is likely to produce a strong light. You should also know that it will lose its effectiveness if submerged in water, so discard the idea of submerging it.

How hot can plasma lighter get?

What can you burn with plasma lighter?

A simple tip to bypass this problem is to use a piece of paper. Use the plasma lighter in starting a fire on the paper and then use the paper to light anything you want to.

While this may be  simple plasma lighter tricks, it can be quite tedious on some occasions, especially if you don’t have quick access to the paper.

How to use plasma lighter?

Using a plasma lighter is a straightforward process.

How long should you hold a plasma lighter?

A plasma lighter can last between 200-300 lights on each charge. Most plasma lighters have internal safety mechanisms. These are there to put off the arc light after it stays on up to about ten seconds. On each light, you should try to hold the light no longer than 8 seconds.

Is the battery in a plasma lighter replaceable?

The battery in a plasma lighter is rechargeable, and most can be replaced in case of any problem.

How long should you charge your plasma lighter?

A lot of plasma lighters have a LED light to indicate when the battery is fully charged. For those that do not have a LED, you should consider charging for 1-2 hours.

How to stay safe with your plasma lighter?

To ensure your safety when using a plasma lighter, most of them come with a few features like an activation delay, a manual safety lock, and a guard to prevent you from touching the tip. There are also other precautions which you should take to reduce any risk. You should:

How many types of plasma lighter are there?

This kind of lighter uses two electrodes in creating the plasma beam. It is more efficient and helps to increase the battery life of the lighter. Its flame is much finer since it is a single flame and generates a lower amount of heat. It is suitable for objects with a small area like cigarettes.

A dual arc has four electrodes which increase the surface area of the beam created when it is used. This increase in the size makes it easier to use in burning objects which have a wider surface. It generates power at a level twice in which can be obtained from a single arc, but this means that it uses up the battery more rapidly. It can be used in lighting cigars.

This type of plasma lighter uses four electrodes same as the double arc. Unlike the double arc, here, the electrodes are made to form the beam facing towards the top of the lighter. This means that is easy to move the beam around the item you wish to light to cover a much wider surface area than any other type of arc. This makes this type of lighter suitable for anyone who smokes cigarette, cigar, or pipe. It can also be used for camping activities.

What are best plasma lighters on the market?

There has been an increase in the number of plasma lighters available for purchase. Selecting one can be quite difficult unless you have an idea of what you want. When choosing a plasma lighter, you should consider what you will be using the lighter for. Below are some of the top-notch plasma lighters you can get.

The Tesla coil lighter features a rectangular shape with fillet edges when the lid is closed. The lid is held by a hinge, and it can open upwards to about 60 degrees. It has a matte black color with a gun metal side finish. This lighter comes as a single arc lighter. The body of the Tesla coil measures 3” x 1.75” x 0.5” and weighs about 3 ounces.

The Tesla coil is a well-built lighter with a light weight which makes it very comfortable to slide into your pocket and carry about during the day.

This plasma lighter measures 2.8″ long X 1.3″ wide, and is a rectangular shaped lighter. The two electrodes are protected by a partial opening lid which prevents it from igniting when closed. It is a single arc lighter and has a silver and black color.

The lighter offers a special carry bag which makes it more presentable and also protects the body of the lighter from any scratch or fall while carrying it around.

This rectangular lighter has a beautiful matte black finish made using zinc alloy. The body of the lighter measures 4.02 inches by 3.66 inches by 1.26 inches. It has a light weight of 0.44 ounces and comes in other color variants like silver and gold. The lid also opens upwards to reveal four electrodes which form a double arc beam.

The Kivors lighter does not only deliver a unique appearance but also has other beautiful colors. The Lighter is a rectangular shape with a partial opening lid. Beneath the lid is a double arc configuration which means it works well for cigars.

The Kivors lighter is one lighter which you often itch to take to any gathering or event. Its unique color is sure to attract the crowd, and its durability is also a great impact.

The Saberlight Sparq is a cylindrical plasma lighter with a lid that fully opens up. The lid gives enough access to allow you to move whatever you need to light around the arc light. It has a lovely silver color which is easily noticeable. The lighter is also sold in an alternative black color and has a 360o dual arc which is suitable for lighting lots of items like a cigar, cigarette, pipe, and so on.

With a lot of built-in features for safety, you are sure to get maximum protection from injury when you decide to use this lighter.

Another great thing about this lighter is that you don’t need to limit yourself to lighting cigarettes since it offers you the ability to light from any angle. It is also windproof, and the lid prevents it from igniting when closed.

How do you maintain a plasma lighter?

Maintaining your lighter is important if you wish to keep it at optimum level and also for it to last a long time. There are certain things you should note if you want to maintain a plasma lighter:

Using a plasma lighter has made things much easier when compared to the regular lighters we had to deal with over the years. It’s great because it requires you not to go through the hassle of refilling fuel or spending time cleaning the igniter or the tube.

With an increase in the level of safety from plasma lighters, it is rapidly becoming a better alternative to regular lighters. It is also being adopted as an eco-friendlier option and may be cheaper in the long run since your only task is to charge the lighter. 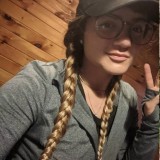 So this is my first camping trip in in 2020, hiking solo in Hocking hills! Though I was only there for two days I had the chance to rock climb rectangle rock 65 feet in the air, visit Rockhouse, Cedar Falls, and old man’s Cave. Not to mention I also allowed myself some calmness in the quiet moments of sketching about my travels at a beautiful winery and relaxing in a Himalayan salt cave. Finishing the trip off I built a fire from scratch and celebrated with a little bottle of cognac. I don’t think I would’ve wanted this experience to be any other way and I’m so thankful to have had this time to rest, reboot and go wild before the woes of moving