It seems a little silly to buy a kayak during winter time, but the truth is that the off-season is the best time to purchase most things. Planning ahead helps you save money, as well as giving you the option to save up for something you really want.

When you’re buying an inflatable kayak, you’ll want to make sure you’re getting the best kayak you can possibly buy for the money you can spend. While you should never spend more than you can afford to spare (on anything), there are things to consider when choosing the right kayak for you.

Best Inflatable Kayak for the Money

Once you have the answers to these questions in mind, you can begin your research to find the best kayak for your situation. We have looked into some of the most popular options in inflatable kayaks, and these are the ones we’ve selected as the best.

This is the least expensive boat to make our list. It has seating for five people (as long as the total weight of all passengers and cargo is under 1000 lbs.) and even includes four spots to hold fishing poles. As many boaters also enjoy fishing, this makes it a great choice.

There is a safety line all around the boat that makes it easier to grab onto – perfect for swimming (please don’t swim when there are fishing lines in the water, though!) or for tying a floating ice chest to the outside of the boat.

The specialized pump (which is included with the boat) offers a fast-fill and quick-deflate ability, which means you won’t have to waste your excursion messing with your boat – your time can be spent doing fun things instead. There are a total of three separate inflatable chambers, which gives you a little leeway should you accidentally puncture one. Of course, you will need to patch that chamber as soon as possible, but the extra chambers are enough to help you get back to shore.

One of the best things about this boat is that its low price allows you to customize it to suit your needs. Many customers have done “upgrades” to their boat, including adding flooring, a motor, and even better seats. This is, of course, entirely optional, but it’s nice that it won’t use up all of your budget.

Because this is an inflatable, you should not expect it to work as well in areas where there is a strong current, and of course you should avoid rocks if at all possible. It would work best if there was a second set of paddles, too – with only the included paddles, it can be difficult to maneuver and steer. All in all, this boat is a wonderful choice for the price, but those with high demands should expect to spend a little more on something better.

Final Verdict: For a budget boat, this can’t be beat – but avid fishers should choose something else instead.

If you can afford to spend roughly twice as much on your kayak and need more features than the Intex offers, the Sea Eagle 330 is a good choice that still falls in the “budget” category. This boat is designed a bit stronger than the Intex, but it does have a lower capacity – don’t expect to get more than two people (and some gear) in this one.

The grab line on this boat doesn’t reach all the way around like the Intex does, but the zig-zag pattern makes it easier to tie your stuff to it – your tied-on items won’t become tangled as they could with the Intex (assuming of course that you tie them to different sections of the line).

The construction of this boat is significantly more durable than the Intex Excursion – holding up to even dog nails (which says a lot). It’s not “puncture-proof”, but it will definitely hold up to regular wear and tear. Just in case you do puncture your boat, this package includes patches.

The paddles on this boat allow you to use it in whitewater up to level 3 – a vast improvement over the Intex for those who will be going through currents. Of course, this will depend on the paddler’s experience as well, but you should be able to control it fairly easily with the included oars.

The included carrying bag is great, as it holds everything necessary to take this on your outings – unlike some other boats which might require you to inflate before you go out. Keep in mind that it is fairly heavy, and it may not be ideal to carry it for an extended period of time, but the weight comes from the quality of construction – so overall, that is a good thing.

The seats that come included with this deluxe model are not really the greatest, and those who are out on the water a lot will most likely want to upgrade them soon – but that’s to be expected with an inflatable boat. Overall, your expectations should not be as high for this as they would be for a fiberglass boat. It is essentially a giant molded balloon, after all.

Final Verdict: While this boat is a drastic improvement over the Intex, those who want to get a lot of use out of it will probably feel the need to upgrade it as soon as they can. All in all, it’s a good boat for the price, as long as you keep your expectations reasonable.

If you just need a really great single-person kayak, this Coleman QuikPak is a great choice. As mentioned with every other inflatable kayak, you should not expect it to perform as well as a hard-body, but this rugged design comes close without the need for a storage rack.

One of the strangest things about this particular inflatable is the backpack, which also doubles as the seat. Surprisingly, this seat is actually pretty comfortable, which shocked the reviewers a bit. Unfortunately, the oars are not as impressive – multiple customers reported that they broke during their outings, and one user even said that the broken piece sank immediately after breaking. You definitely don’t want to be stuck out on the water with no paddle, so it might be best to buy your own.

The pump for this kayak isn’t the best either, and a few customers reported having to rig their own system to keep the valve in place. This is understandably a frustrating problem, but should not be considered a deal breaker.

However, some users have reported that the bladder seam blew while they were inflating their boat, which brings to mind important considerations: Even if you are 100% confident with your swimming skills and your boat itself, you should always wear a lifejacket while out on the open water. Things can happen, and it’s important to be prepared. Even strong swimmers may need a little extra help if they have a lot of gear to carry.

All in all, this QuikPak lived up to the expectations set by the Coleman brand. After all, Coleman has become synonymous with quality outdoor experiences, and this kayak is no exception. It will not perform as well as a hard-body and shouldn’t be expected to, but for those who keep their expectations fair and want a sturdy single-person kayak, this is a wonderful purchase.

Final Verdict: Far from perfect, but with a few minor equipment upgrades, you should be satisfied.

As the most expensive unit on our list, it’s not surprising that this yields the same satisfaction for the price as our less expensive choices. This is ideally a single-person kayak, although you can purchase a deck to allow for a two-person cockpit. The price is a bit high, but you are paying for quality with this one.

It should be noted that this is a bit heavy for a single person to carry, unless you are in great shape. This is due to the rugged construction and the aluminum shell. Yes, this particular inflatable includes a harder shell – which offers proven benefits over non-shelled kayaks of the same kind, and also accounts for some of the price.

Compared to the other kayaks on our list, the shell on this one allows it to be a contender even when dealing with waves, although the shell will easily fold to make for easy storage. Truly, this is the best of both worlds.

The carrying case leaves something to be desired, but you can’t really have everything – there is always something you must sacrifice. In general, preparing for storage with this kayak is difficult, as a certain amount of water will inevitably get inside and you will have to dry it out before storage in order to prevent molding. Still, once you have gotten the hang of it, it shouldn’t take more than ten to fifteen minutes each for setup and takedown.

Final Verdict: If you’re used to dealing with a hard-body kayak but want the convenient storage of an inflatable, this may be a great choice. It’s definitely a different process, but with some diligence you can definitely have some great adventures in this thing. 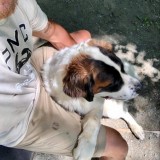 Brandon & Ella’s Family
It rained on and off, we packed up and changed campsites and we fought on and off all day because sometimes we are all assholes. Still having fun and tomorrow it will be sunny and we will be the most cheerful little assholes on this planet.

Also Cheetos burn like a match and I still let my kids eat that garbage because at least they shutup for 5 minutes.